This post is brought to you by our sponsor, “Always Eat After 7 PM”. The opinions expressed below are my own.

This is part 3 in a 4 part series of how I implemented the “Always Eat After 7PM” logic into my diet and lifestyle. You can read my first post about the book, and my second post about why I chose this book.

I found the following quote in my copy of Always Eat After 7 PM: The Revolutionary Rule-Breaking Diet That Lets You Enjoy Huge Dinners, Desserts, and Indulgent Snacks—While Burning Fat Overnight by Joel Marion.

“Those who ate breakfast ended up eating about 260 calories more a day, the review found. Those who skipped breakfast were about one pound lighter than those who ate breakfast. These findings led the researchers to conclude that eating breakfast isn’t necessarily a good strategy for losing weight. The science isn’t really there. Breakfast could very well be the least important meal of the day.”

Up until reading this book I always focused on eating earlier in the day and avoiding food after dinner. THAT WAS HARD! When counting caloring, I often found myself just about out of calories by the time that dinner rolled around. A snack before bed is one thing that I always look forward to. Just a little bit of chocolate after the kids go to bed.

I’ve never been a big breakfast person, but would force myself to eat something in hopes that it would give me energy to not snack throughout the day. In reality, I found myself to be MORE hungry on days that I ate breakfast.

“One of the simplest 3-Minute Fat-Burning Morning Rituals, lemon water is a glass of water mixed with the juice of one half of a lemon. This drink provides all the benefits of regular drinking water, which supports weight loss, digestive health, physical performance, and cognitive function.”

On the flip side, when I get up and work out I’m not as hungry. I drink a glass of lemon water in the morning and the combination of doing a quick 25 minute workout on the treadmill and following it up with more water gives me plenty of energy to pass those morning hours.

The idea of the Always Eat After 7PM program is to take advantage of intermittant fasting.

I started with the 14-Day Accelleration Phase. It lasted two weeks and then I knew that a cheat day and more calories would be added in. This was just a way to jump start my body. What I noticed most was that proteins were pushed earlier in the days and carbs eaten later.

IT WAS NOT EASY and unfortunatly I fell short on a few of the days. You have to remember that we were in the middle of a quarrantine, ha! Regardless, lame excuses or not, it was a step in the right direction. My energy was up, I was working out, and I did lose some weight!  Not a pound a day, but those few pounds are more than I would have lost had I kept up with my eating habits. I’ve felt so stagnant lately, and this phase definitely gave me the kick start that I needed to continue. 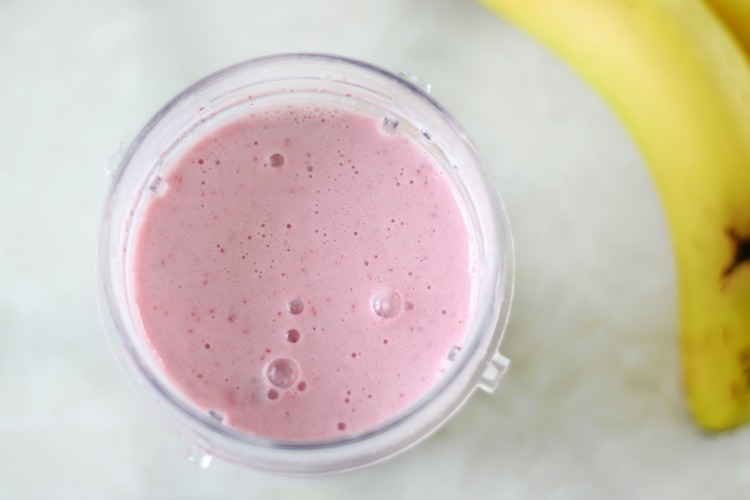 One recipe that I really liked was the strawberry banana protein smoothie. It was like a milkshake with almond milk, frozen bananas, strawberries, Greek yogurt, and Vanilla Cream BioTrust low carb protein powder. So good. The book also incudes DESSERT recipes. Yes, dessert!

The most challenging times to curb hunger are just before bed and in the morning. By following the Always Eat After 7PM program, you have the most willpower to stay on the diet because you are eating during the hours when you are most hungry. For me, this isn’t in the morning.  This also puts you into both intermittent fasting increasing testosterone and your metabolism, while putting you into ketosis.  I have found that my cravings in the evenings are SO MUCH LESS than they were before. A handful of honey roasted peanuts, air popped popcorn, or a couple of pieces of chocolate suffice that craving that used to be filled with a bowl of ice cream or a donut.

And my energy? IT’S UP! I’m not as hungry and the combination of working out and eating protein earlier in the day and carbs later in the day is working for me.

Always Eat After 7 PM: The Revolutionary Rule-Breaking Diet That Lets You Enjoy Huge Dinners, Desserts, and Indulgent Snacks—While Burning Fat Overnight by Joel Marion is now available to purchase.  Learn more about the book and how to purchase here.

This post is brought to you by our sponsor, “Always Eat After 7 PM”. The opinions expressed below are my own.