We spent a week in Upstate New York over the summer. The scenery was gorgeous and we had a great time visiting friends. We also spent time touring church history sites and spent a day at Niagara Falls. While staying near Palmyra we stopped at the Old Mill Hot Dog Stand. It was a mom and pop shop restaurant that had the best food around. And not just food, they also sold Perry’s Ice Cream. 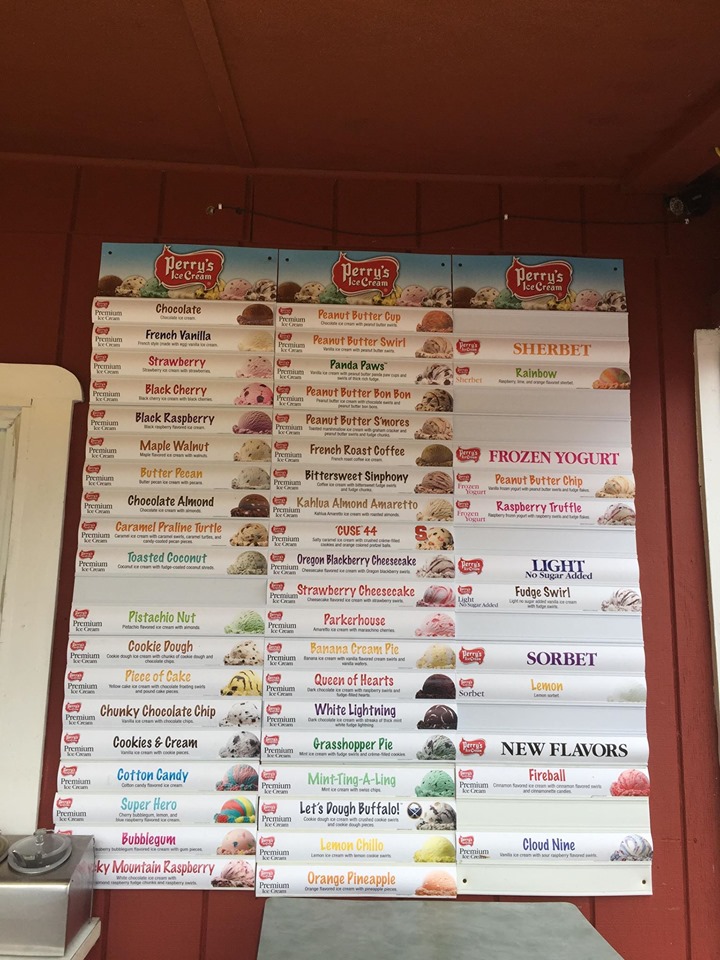 We may have stopped multiple times for ice cream cones with our friends because the flavors were so original! We tried Lemon Chillo, Mint-Ting-A-Ling, White Lightning, Fireball, Cookie Dough, Chocolate Almond, Peanut Butter Cup and Peanut Butter Swirl, but my FAVORITE was the Toasted Coconut. Unfortunately, Perry’s Ice Cream is a regional thing and isn’t sold near us. Maybe that’s a good thing?? Regardless, I set out to recreate their toasted coconut ice cream because it was SO GOOD. I basically went off of their description, “Toast to summer as you indulge in milky coconut ice cream flaked with chocolate flavored coated coconut shreds.”

Done and done. I am excited to share my version with you today! It’s close. REEEEEEAL close. Most of the coconut flavor comes from the chocolate covered toasted coconut, so if you get that right you’re golden. 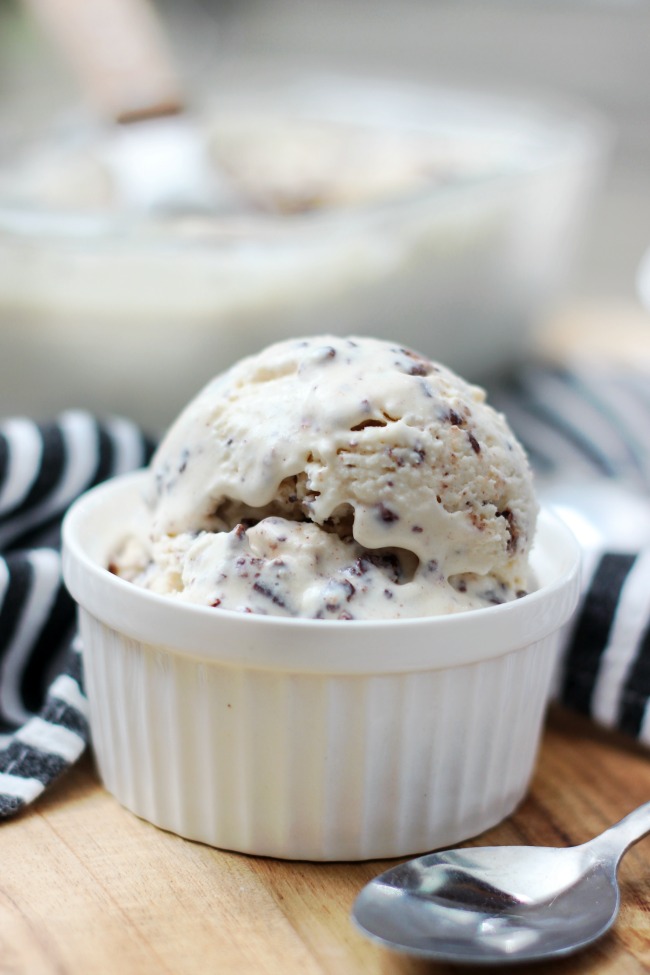 I started with a no churn vanilla base and added a bit of coconut extract to it. 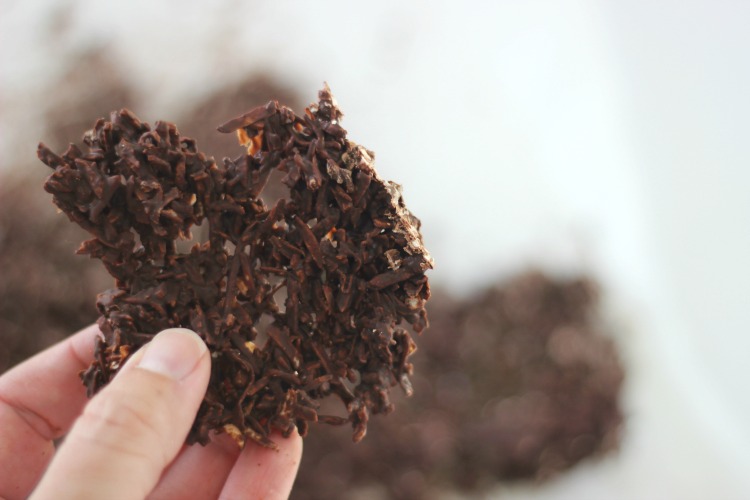 To make the coconut I toasted the coconut in the oven, put it in a bowl, poured melted dark chocolate over it and gave it a stir. Then I spread it on a baking sheet, covered in parchment paper, and let it chill until hardened. To break it up into shreds, I put it in a food processor and pulsed it (you can also cut it into shreds with a knife) until it looked shredded once more.

After that I folded it into the ice cream base and froze it for 5 hours.

Tip: It’s always a good idea to go in and give your ice cream a stir an hour or two in so that any chunks that may have fallen to the bottom get mixed in again.Â

4 More No Churn Ice Cream Recipes You NEED to Try!

How many servings does this recipe make?

How long does no churn ice cream need to freeze?

Can you make this recipe without coconut extract?

Since most of the flavor comes from the toasted coconut, you can omit the extract if you don’t have any. I think fold a bit of coconut milk (1/2-3/4 c.) into the ice cream mixture would be delicious, too. 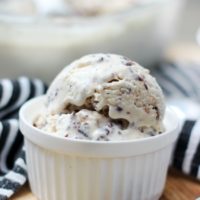 To make in a traditional ice cream maker, place mixture in bowl and follow manufacturer's instructions.