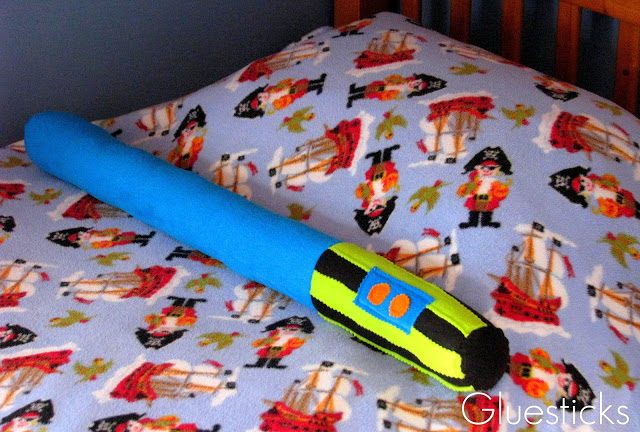 The other morning, as Aaron was getting ready for school, I told him that if he remembered to make his bed there might be something waiting on it when he got home. He did….and there was! Most people probably zone out in the morning while in the shower, but I am not normal. I use that blessed 10 minutes to go over what I need to do that day and “organize” my thoughts….or brainstorm a new idea for a project. It seemed as though it had been FOREVER since I had sewed something for the boys and so I starting thinking of something that I could make….in under 2 hours…that didn’t cost any money. Because that would require a trip to the store and then I wouldn’t have had time to make it before Ruby woke up from her nap and Aaron got home from school!
I’m rambling…..so to sum things up, I came up with this Lightsaber Bolster pillow! And each pillow that I made took about 30 minutes start to finish! I bet I could even cut it down to less time if I made more of them.
So if you have a little Star Wars fan in your home, you might be interested in trying one of these as well!
And this project is so EASY. So if you are just trying your hand at sewing, this is the project for you! 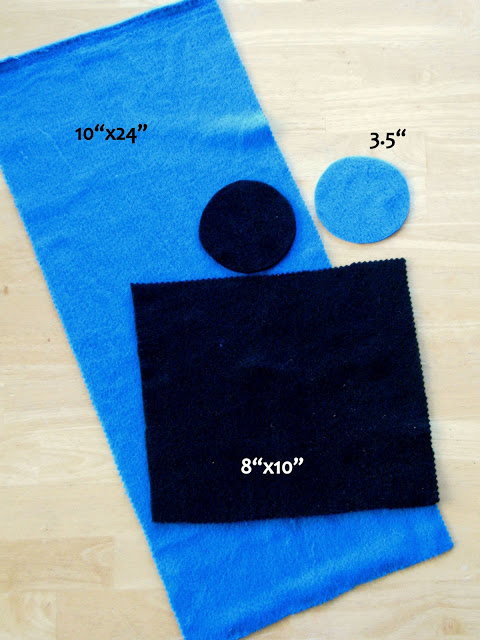 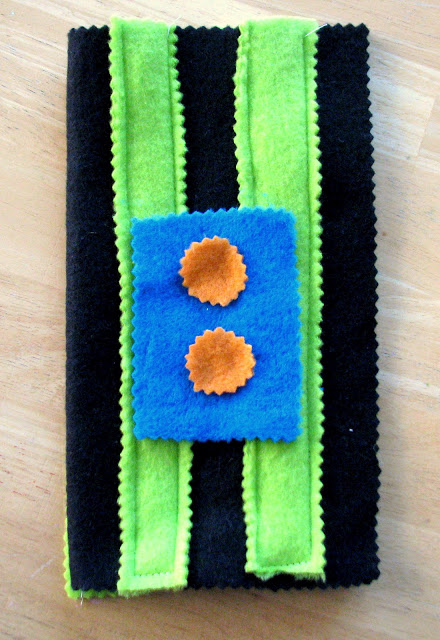 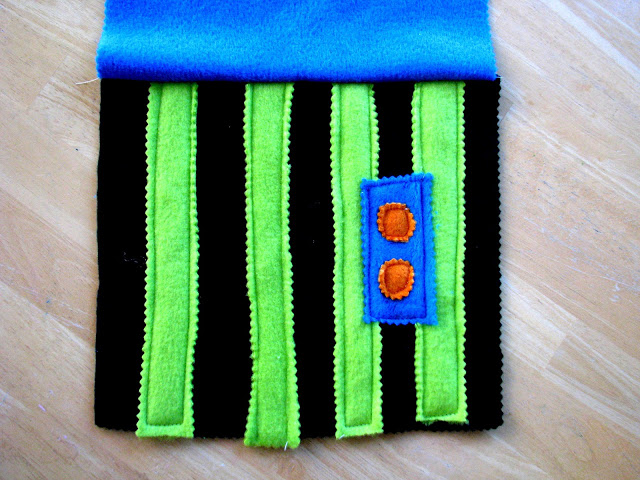 Pin your handle to the saber piece and stitch using a 3/8″ stitch.

Then fold in half, and stitch up the side, leaving the ends open. Also a 3/8″ Stitch. 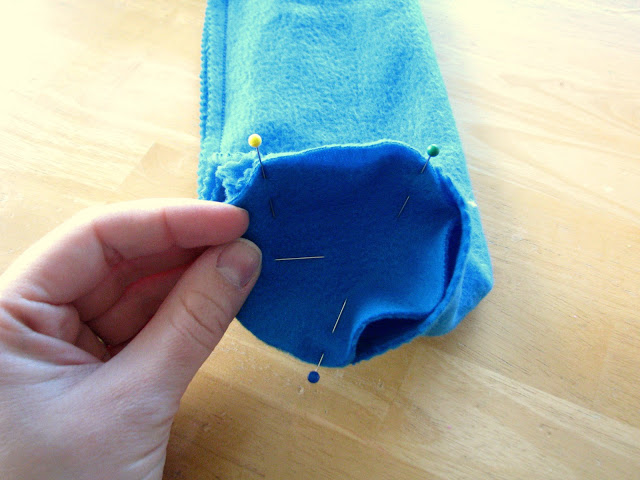 Pin your saber circle to the end. 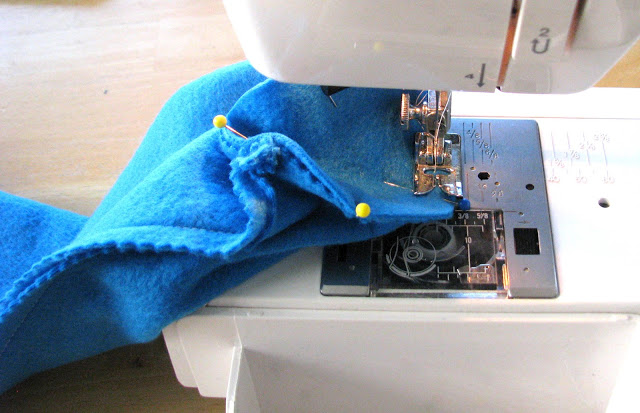 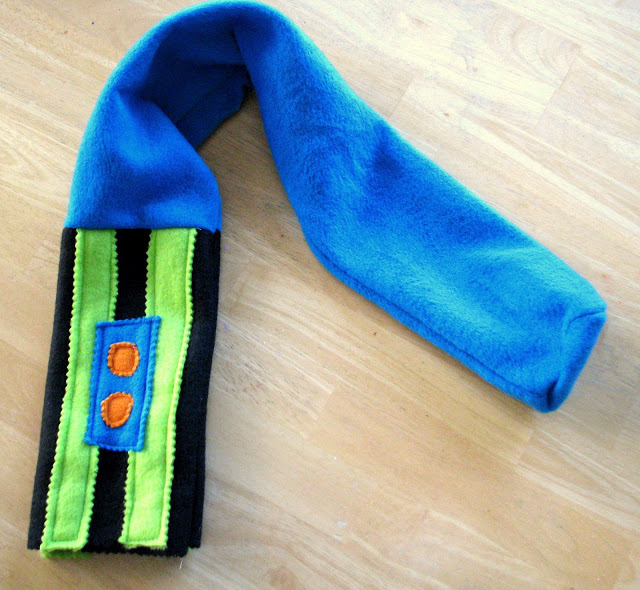 Flip your saber right side out and you will have a tube like this! 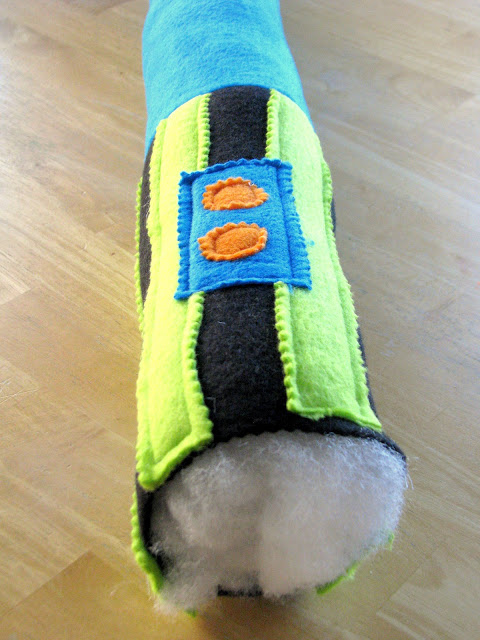 Now stuff that bad boy until you can’t stuff any longer. I was able to reach down with my hand for the most part, then used a wooden spoon to pack it in. Because we all know that even though this is a pillow, it will also be used as a weapon and nobody wants a limp light saber….although it will still be slightly limp, even with the best stuffing. 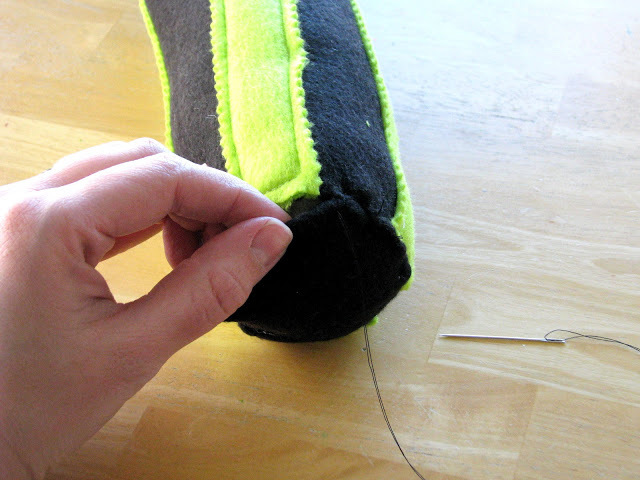 Now use your handle circle and hand stitch the bottom closed. Since it is fleece and won’t fray, you can just stitch it without folding the edges, or you can fold the edges as you go for a smooth finish. 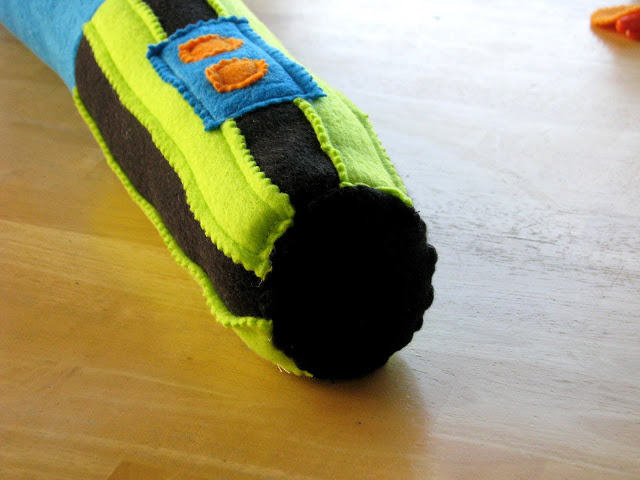 When Aaron got off of the bus, I barely received a “hello”. He hung up his back pack, threw his shoes into the closet and booked it upstairs to see if there really was a present waiting for him. Apparently he had been thinking about it all day in class so it was a good thing that I was able to finish them!
Dallin was pretty excited when he came home too. They used them to smack each other, of course, and also used them as a neck roll while watching a show later in the evening. 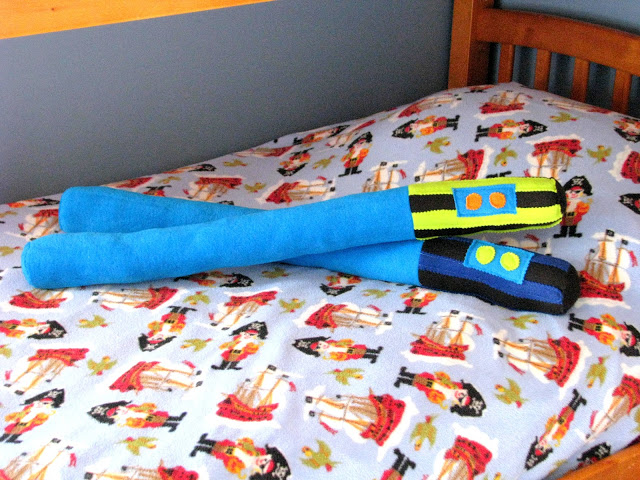 These would make fun birthday gifts for their friends as well! 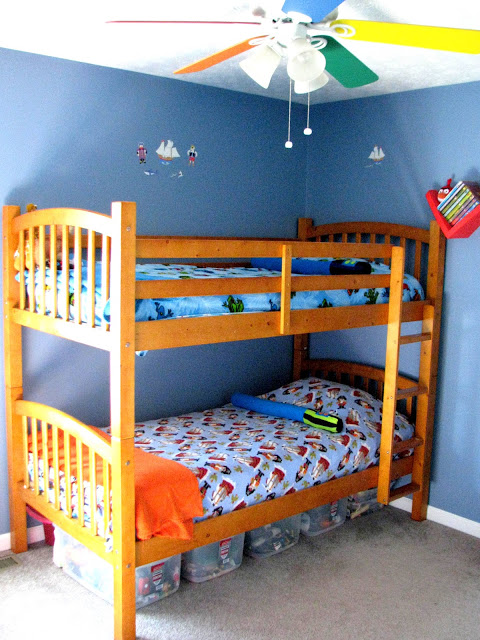 And are the perfect addition to the pirate, frog, Star Wars theme of their bedroom 😉