This cinnamon chip bread is a burst of cinnamon flavor rolled up in delicious white bread. The perfect bread to make in the fall, one of our favorites and reminds me of the Cinnaburst bread from Great Harvest. Have you tried baking with cinnamon chips before? They are amazing! This post contains affiliate links. 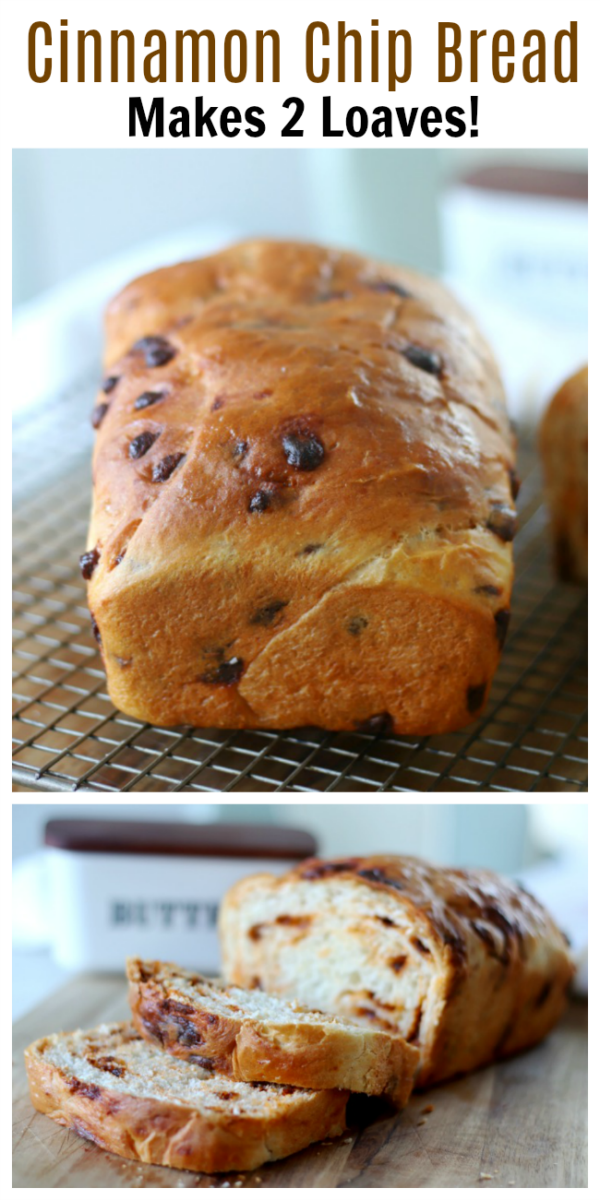 This is the time of year to make cinnamon bread, friends! You can make it all year long with our cinnamon swirl bread recipe, but if you want the burst of flavor from cinnamon baking chips you’ll need to head to the store and grab a bag because they can be a seasonal product in some areas.

What Are Cinnamon Chips? 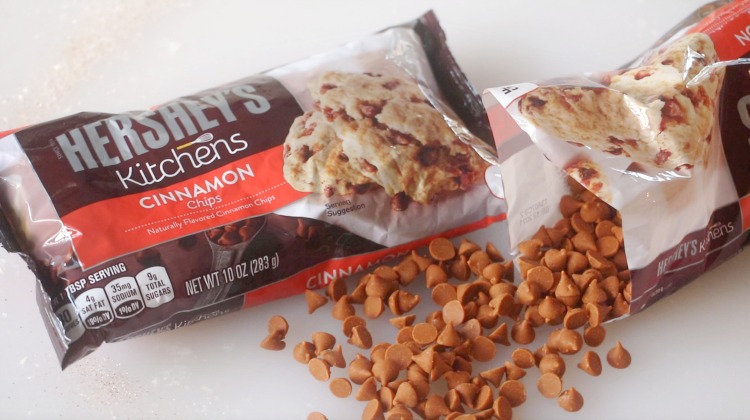 Cinnamon baking chips look just like chocolate chips, only they are full of cinnamon flavor. They are perfect for adding to cookies and bread recipes. You can order them online, but I usually just grab a couple of bags at Target once they hit the shelves in September. It’s cheaper to purchase them in-store. 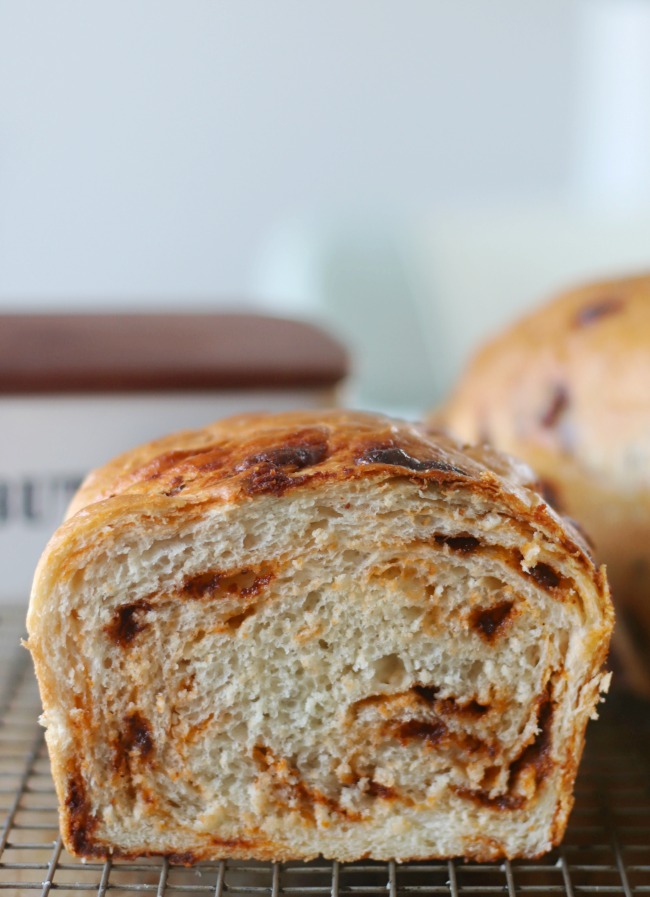 Just look at how the cinnamon chips make their way through the bread. You can taste them in every bite. It kind of reminds me of the yummy Cinnaburst Bread that you can buy at Great Harvest. This recipe makes 2 delicious loaves of cinnamon chip bread. Eat one loaf of this cinnamon bread recipe right away (we always do!) then wrap the other loaf in plastic wrap to keep it soft for later. 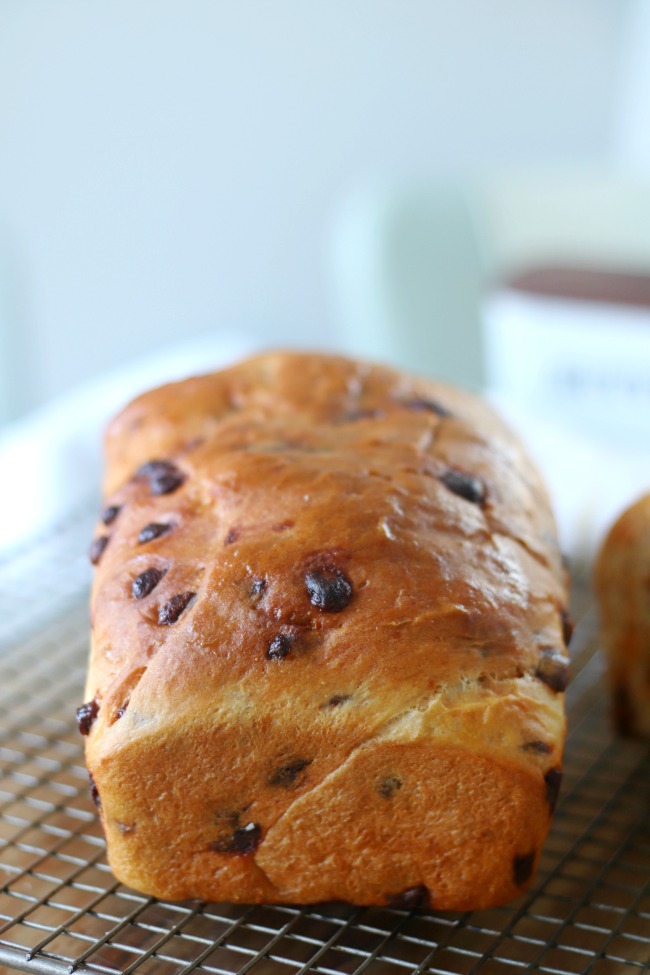 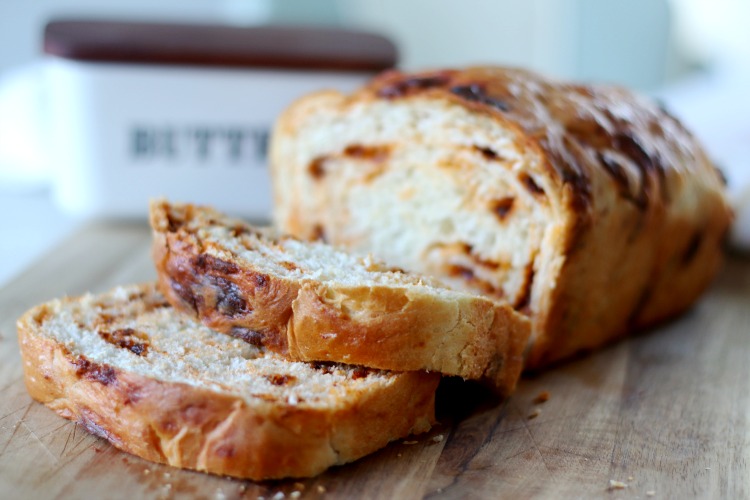 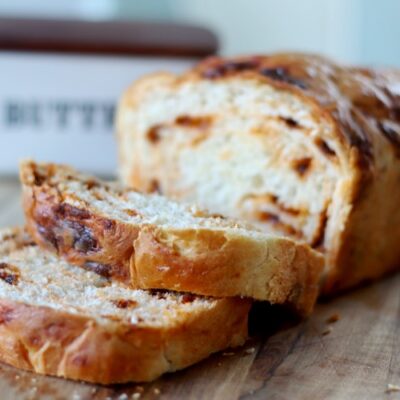 This cinnamon chip bread is a burst of cinnamon flavor rolled up in delicious white bread. The perfect bread to make in the fall, one of our favorites! Have you tried baking with cinnamon chips before? They are amazing!
No ratings yet
Print Pin Rate
Prep Time: 2 hours
Cook Time: 30 minutes
Total Time: 2 hours 30 minutes
Servings: 16 slices
Calories: 275kcal

This bread freezes well. Wrap in plastic and freeze for up to 3 months. Thaw completely before slicing.