Felt apple and worm preschool peek-a-boo activity. An easy sewing project, but can also be glued instead of sewn. 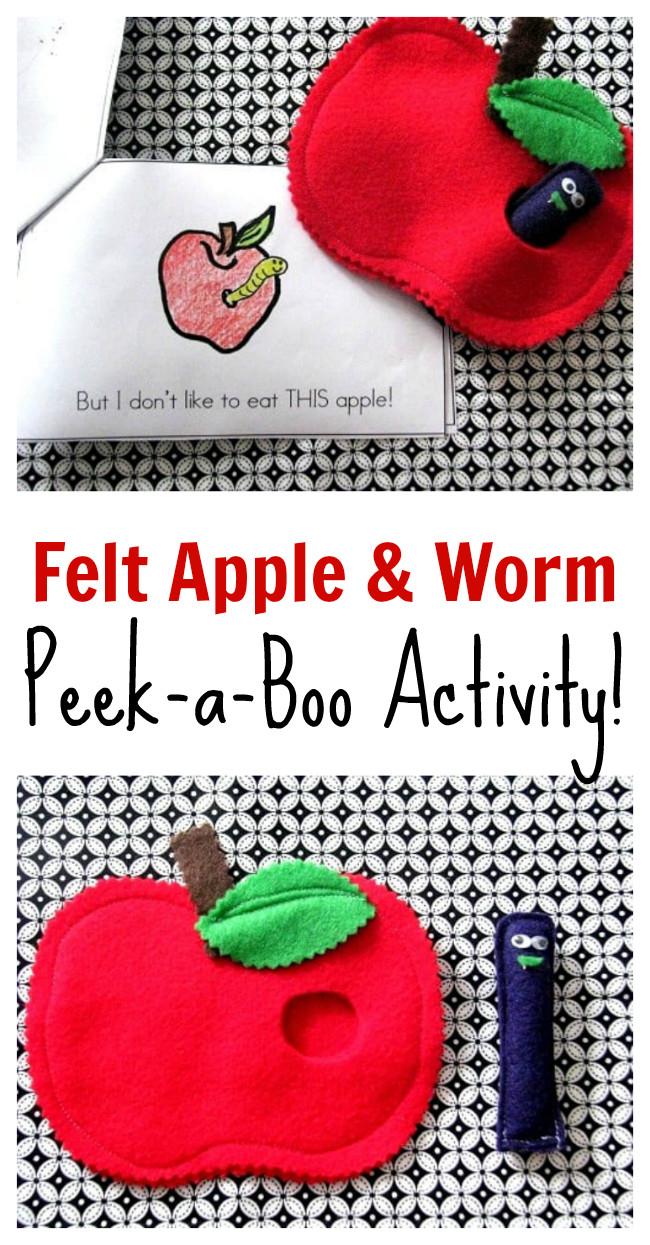 Kaylee was missing her big brothers while they were at school so we came up with a fun little craft. A felt apple and worm with a peek a boo slot for the worm to slide in and out! She thought it was hilarious and it was so easy! 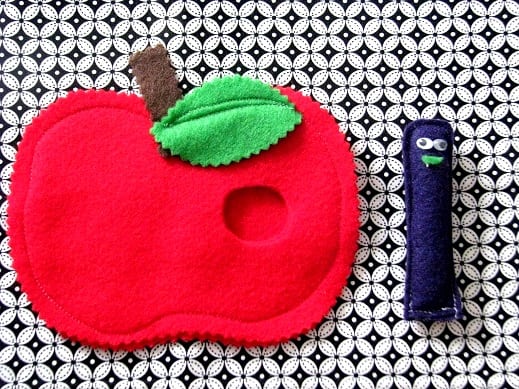 Felt Apple And Worm Peek-A-Boo Preschool Activity
The book that we used is no longer available online to print, but here is what it said inside. You could easily print this out onto a paper and have the kids draw their own apples. 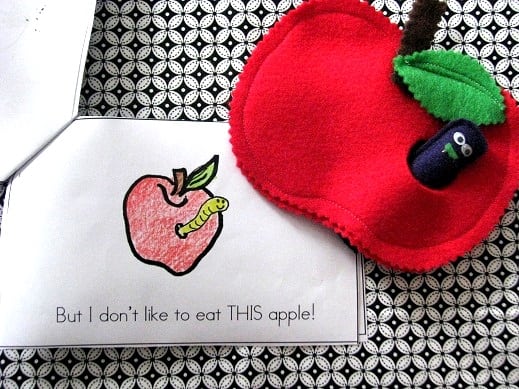 Every time they say, “But I don’t like to eat THIS apple” they can pop the little worm through the hole and the giggling will commence.

How To Make a Felt Apple and Worm

Felt is the easiest fabric to work with because it sticks to itself, minimal pins required. It also doesn’t fray so you don’t need to hem it either. If you are learning about apples with your kids, this apple and worm is a great little project to make together.

If you don’t feel like sewing this apple and worm, no problem! You can use hot glue or fabric glue for the entire thing. I just always go to my sewing machine for fabric projects. It’s habit! 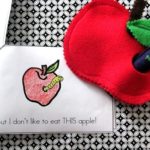 Print
No ratings yet

Kaylee was excited to share her book and little worm toy with Aaron when he came home from school. She told him the story and he thought it was hilarious when the little worm popped through the apple as she said, “But I don’t like to eat THIS apple!”
Here are more preschool apple printables that coordinate with this apple and worm preschool activity!