Jump to Project
Mini pumpkins, carved out with just enough space to add a set of vampire fangs. These little vampire pumpkins are perfect for Halloween and are absolutely hilarious!  This post contains affiliate links and was originally published in 2011, but has been updated with a step by step video.
If you like these you’ll LOVE our mini vampire donuts. Just as hilarious! You might also like our sock pumpkins. They take less than 10 minutes to make and are so fun for fall!

Who wouldn’t want one of these little guys in their Halloween decor? 😉 I saw them on Martha Stewart and thought they were hilarious. We had to make some! We did ours a little different, but the concept is the same. So fun, so easy, and will keep you laughing all month long. 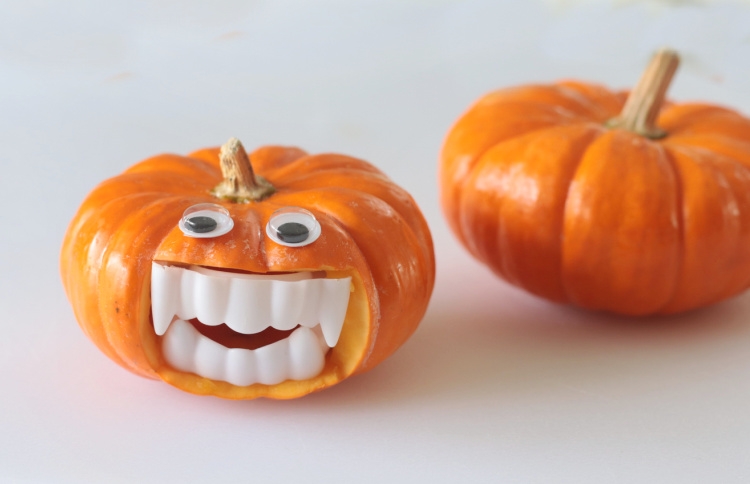 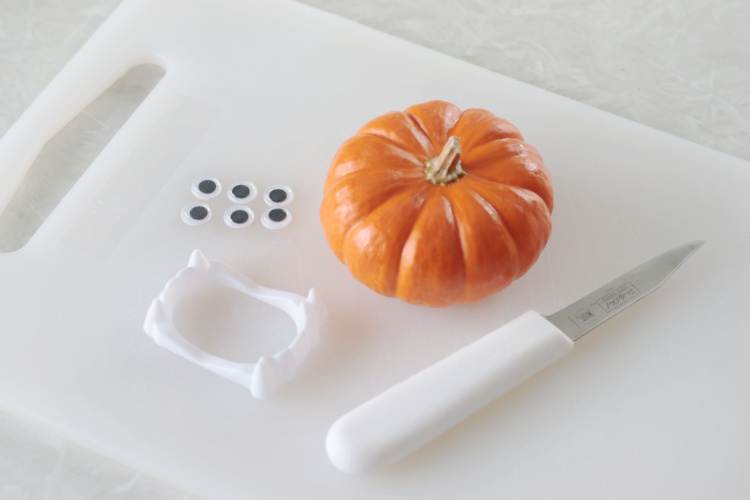 How To Make a Little Vampire Pumpkin

Step 1: Carve holes the same size as the little fangs. I used a paring knife, but a pumpkin carving knife is the only safe option if kids are helping.
Step 2: Scoop out pumpkins guts with a spoon.
Step 3: Decorate the little pumpkins with craft eyes or permanent markers. We used adhesive eyes, but craft eyes and hot glue would be a great alternative.
They are looking pretty festive on our front porch. How fun would this be on a teacher’s desk in October or a windowsill? 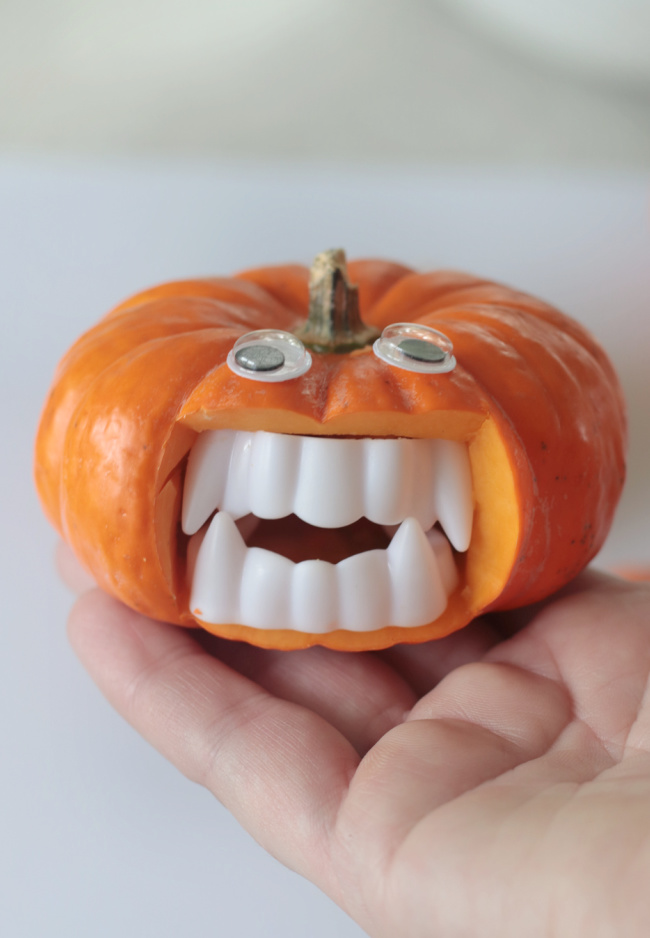 Aaron practically ran to the bus this morning. He was excited to give Miss Jan one of the little vampire pumpkins that he made yesterday. He also brought one for his kindergarten teacher. He said that kids have brought her apples before and someone even brought her a peach. I told him that I don’t think anyone has ever brought in a mini pumpkin with fangs….but I could be wrong. 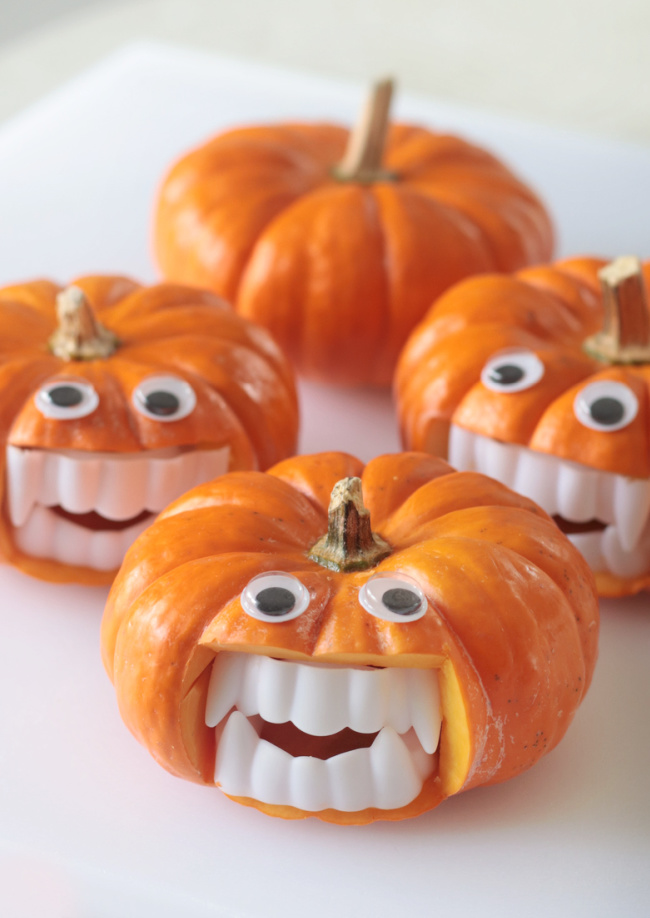 We used adhesive eyes, but craft eyes and hot glue would be a great alternative. They are looking pretty festive on our front porch. How fun would this be on a teacher's desk in October or a windowsill?