Quick, soft, and full of delicious pumpkin and spices. These quick rise pumpkin cinnamon rolls are made for fall and are my favorite way to enjoy a cinnamon roll! You’ll also love our original quick rise cinnamon rolls with buttercream frosting. This post contains an affiliate link.

If you like our cinnamon rolls recipe you’ll love our pumpkin version! This is the only cinnamon roll recipe that I use. It’s so versatile. Did I mention that I also make lemon and orange sweet rolls from this same recipe? 90 minutes start to finish. SO quick. 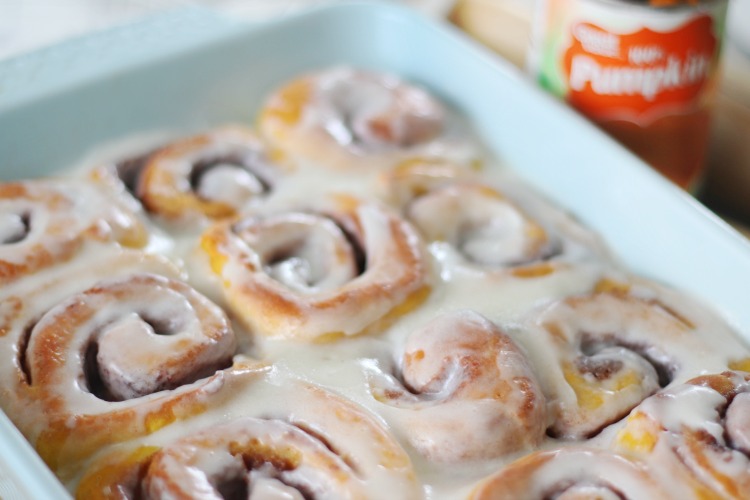 Of course you’ll find the classic cinnamon flavor in these rolls, but you’ll notice right away that we’ve added cloves, nutmeg, and canned pumpkin. Don’t even worry about burning a candle in your home the day you make these. These will fill the entire first floor with the scents of fall. 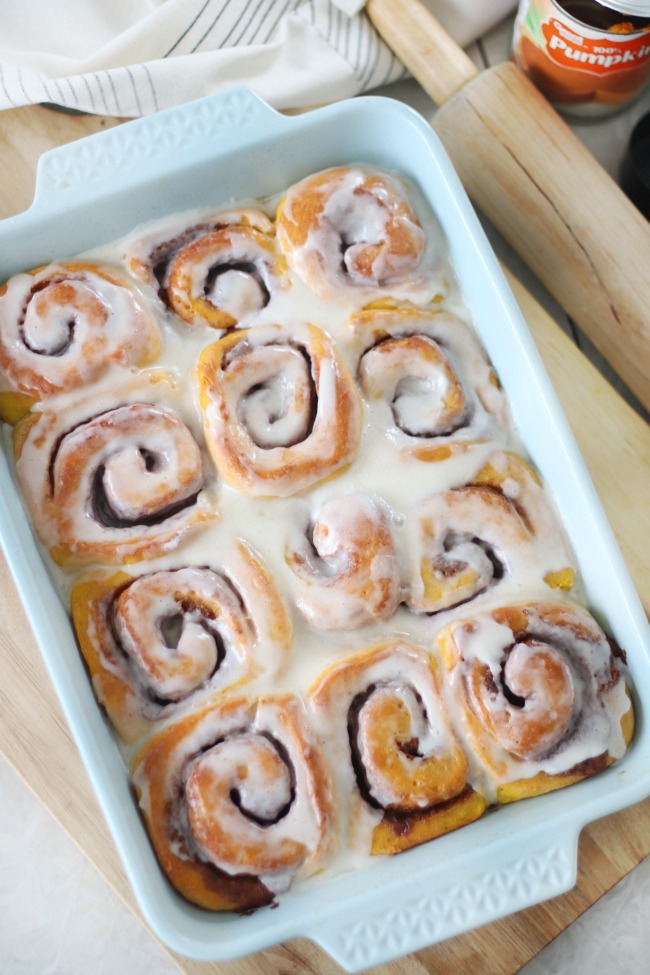 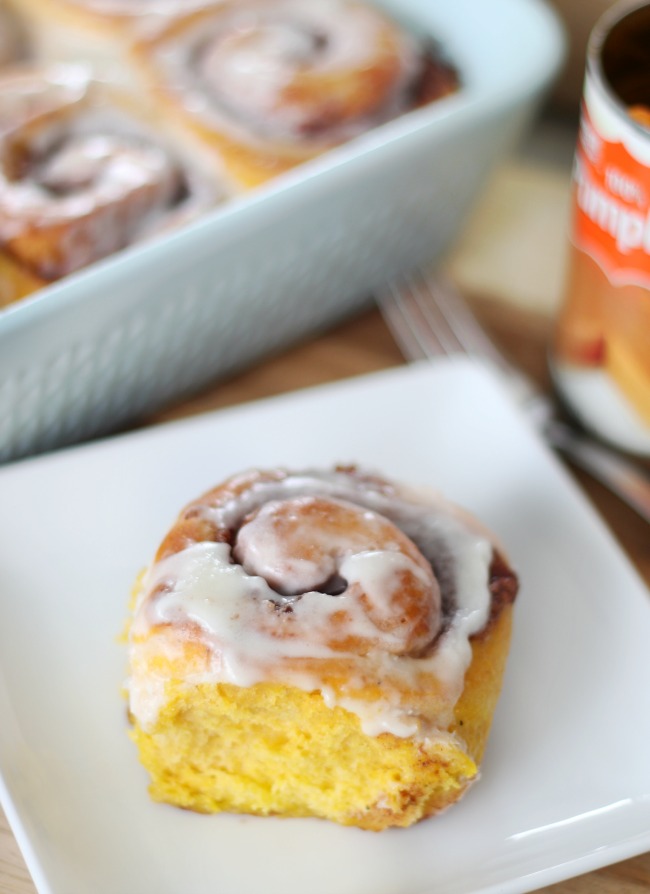 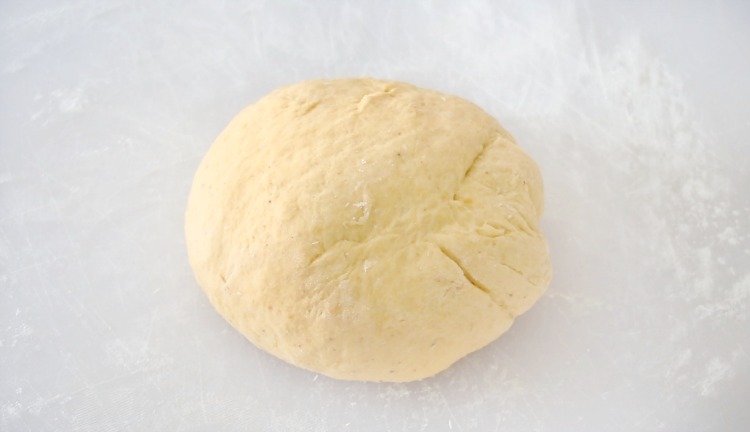 This dough comes together with basic ingredients. 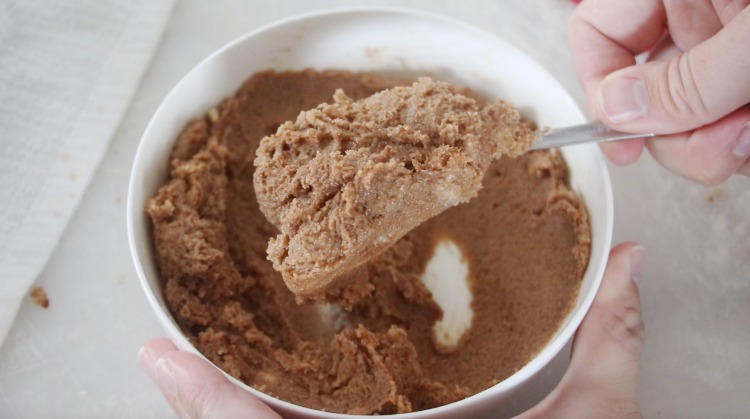 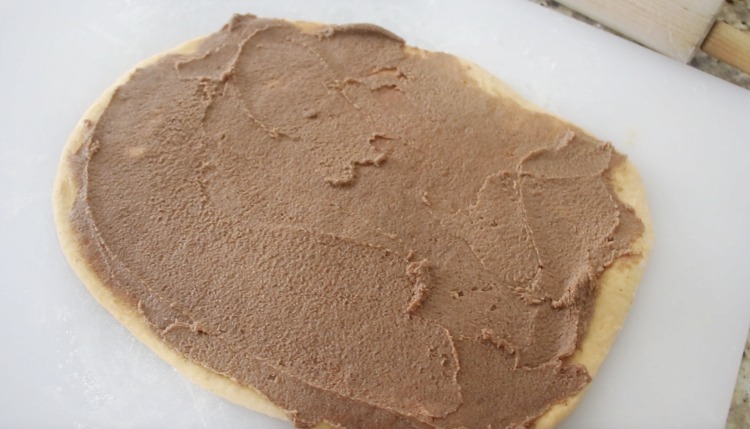 Roll out the dough to a 9 x 12″ rectangle and spread with filling mixture. 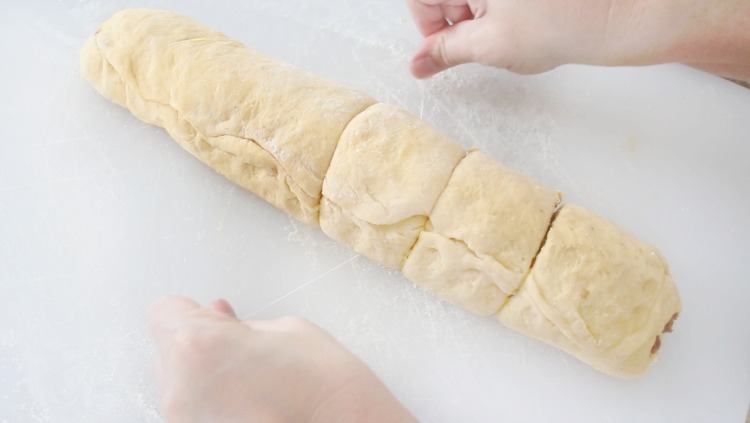 Cover and let rolls rise for 30 minutes then bake at 375 degrees for 20-25 minutes (until tops are golden brown).

WHAT IS THE BEST FROSTING RECIPE FOR CINNAMON ROLLS?

I guess that depends what you’re in the mood for. My go-to buttercream frosting recipe is the perfect amount for cinnamon rolls. I use it for sugar cookie bars, too! I have the recipe memorized because it is my favorite recipe. Cream cheese frosting is another classic frosting for cinnamon rolls. 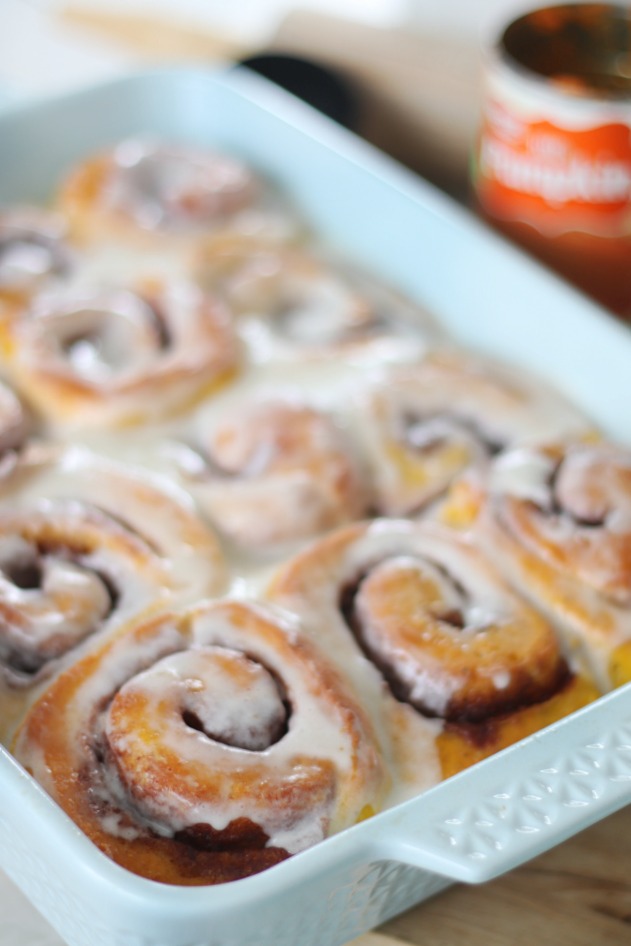 CAN YOU MAKE CINNAMON ROLLS THE NIGHT BEFORE?

You can. Prepare them up to the point where you place them on the pan and place in the refrigerator or freezer. Cover tightly with plastic wrap. Pull out and bring to room temperature then let rise for 30 minutes before baking.

CAN YOU REHEAT Pumpkin CINNAMON ROLLS?

Yes! Place a cinnamon roll on a microwave safe plate and microwave 5-8 seconds. 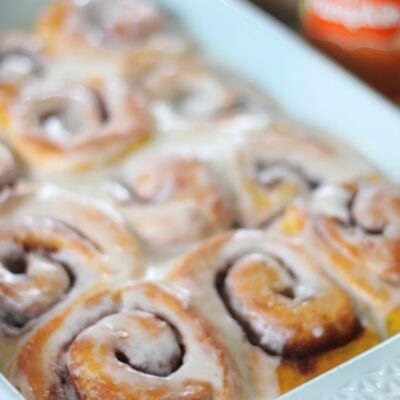