One of our family’s favorite games—that everyone can play! YAKS the acronym game is a hilarious game where each player comes up with witty acronyms for random letters.

If you are looking for the BEST games to add to your family’s collection, be sure to check out our favorites! 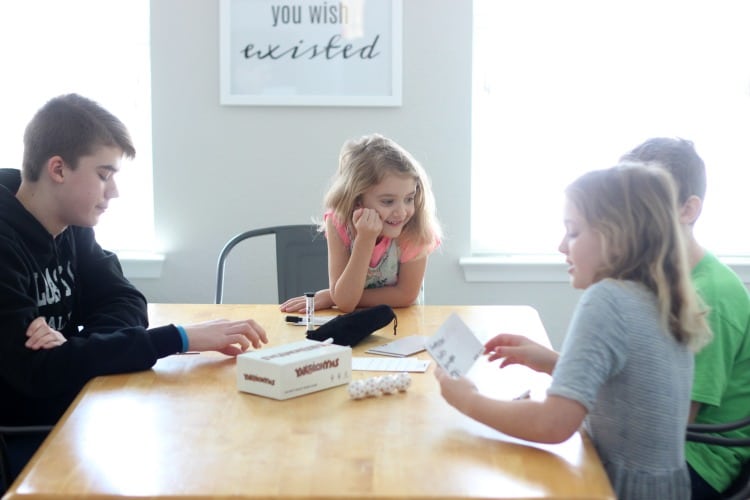 Acronyms are all around us, right? Have you ever wondered what they meant? Have you ever thought about creating your own? You can with the hilarious new game: YAKS The Acronym Game

We’re a sucker for games. Like BIG TIME. A good portion of the wall of built ins that we created is used for storing our vast collection of family board games. The kids bring them when they go to their friends’ houses, we play them while we eat dinner, we have game nights with friends, and the kids play them on the weekends. On their own. Anything that distracts my kids from electronics is something worth supporting. Hence, the giant game collection 😉

We have three that have been in constant rotation since Christmas, and YAKS is one of them. Since it hasn’t even hit the market yet, I thought it only fair to give you a quick review!

My FAVORITE thing about this game is that it is for ages 5+, but EVERYONE finds it entertaining and hilarious. It isn’t marketed directly for children or adults. It’s a game for everyone. Another thing that I love is that it takes about 30 seconds to learn to play. No crazy rules, just 30 seconds and you’re set. 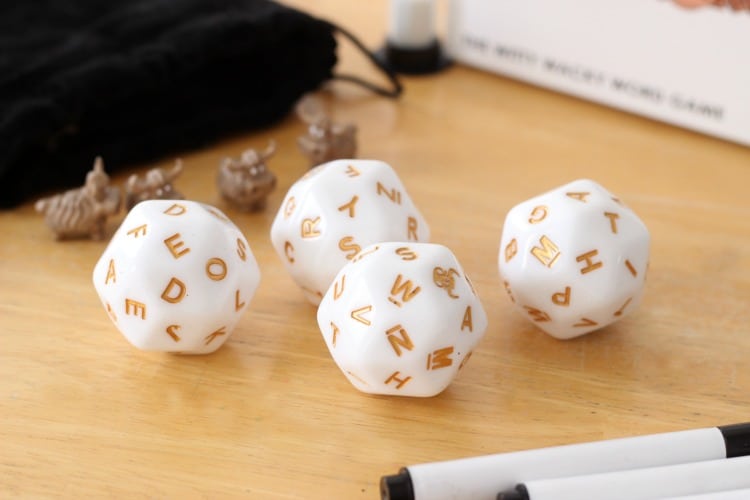 The games comes with 4 dies. One player rolls the dice and arranges them in whatever order they’d like before sharing the order with the other players.

Then the players have 60 seconds to come up with an acronym using those letters! The game comes with dry erase boards and markers for everyone. 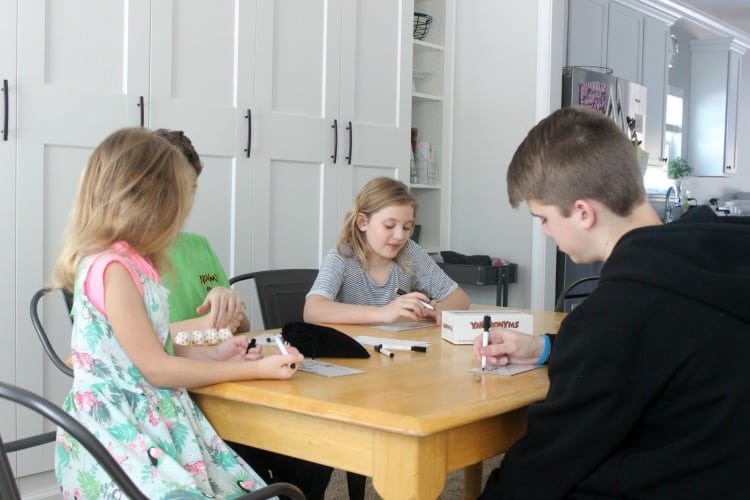 Now for the fun part! When the timer ends, the players share their acronym. The player who rolled the dice chooses his/her favorite and that person earns a yak!

The game ends when all of the yaks have been passed out. The person with the most yaks wins! 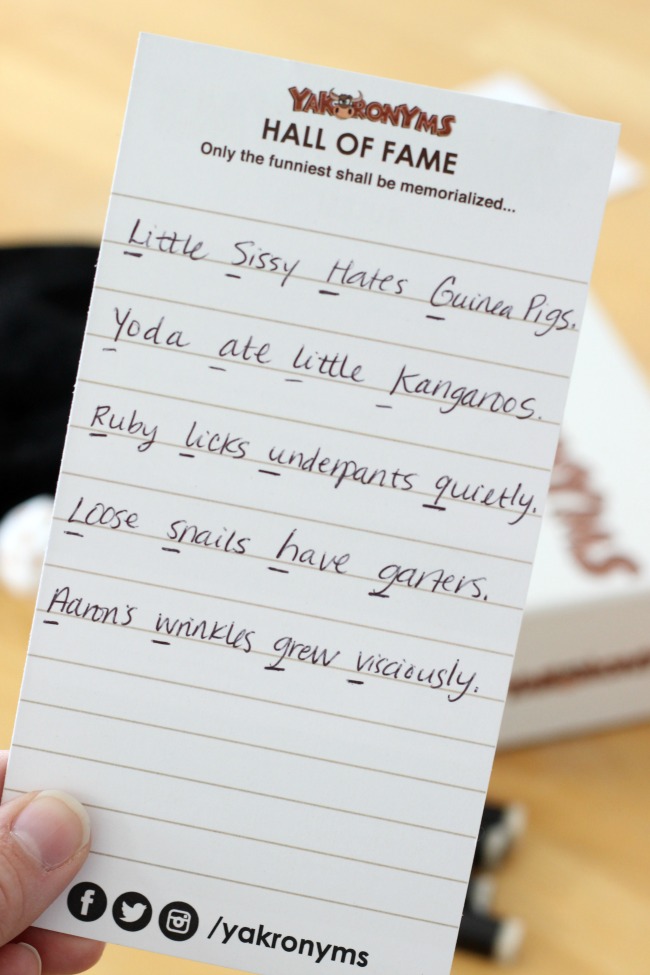 Be sure to record your favorites in the hall of fame. “Ruby Licks Underpants Quietly” still makes me laugh. Oh my goodness. 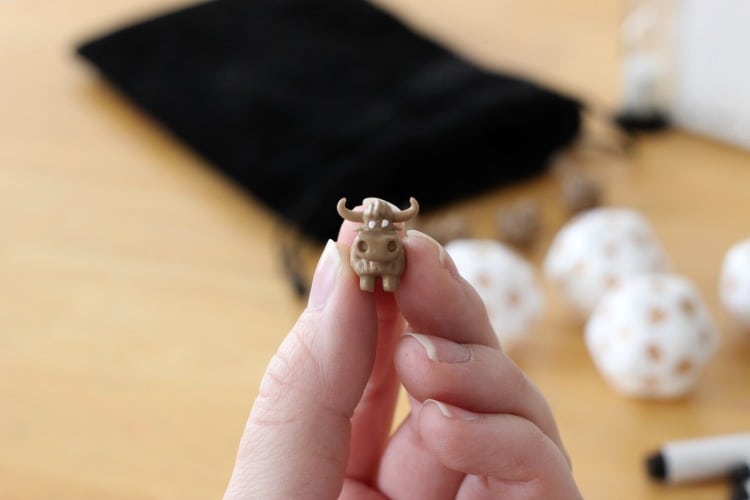 And the yaks, hilarious!

The game will retail for $20 which is a bargain for the hours of entertainment that it creates. Ours was a lifesaver during a week of snow days that we had in January, and it also made its way over to our friends’ house last week when they invited the kids over. The teens had a blast! 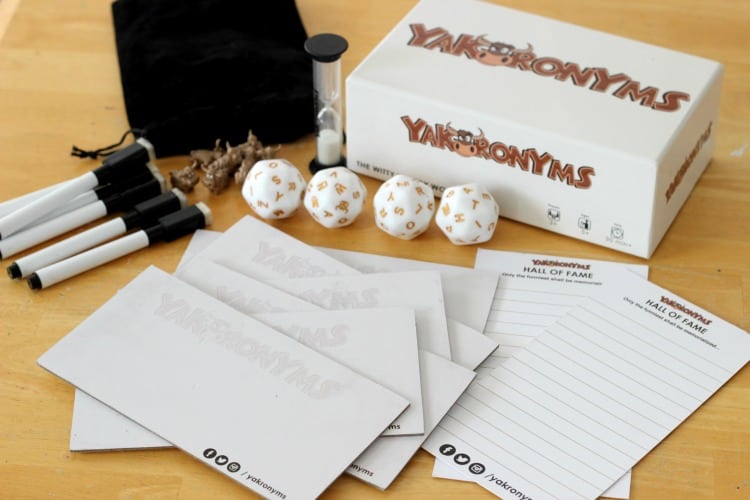