This cinnamon pull apart bread is buttery, sweet, and so delicious! Our recipe makes 1 loaf, but go ahead and double it to share with a friend.

You might also like our cinnamon swirl bread, our jalapeno cheese bread, or our Amish white bread. 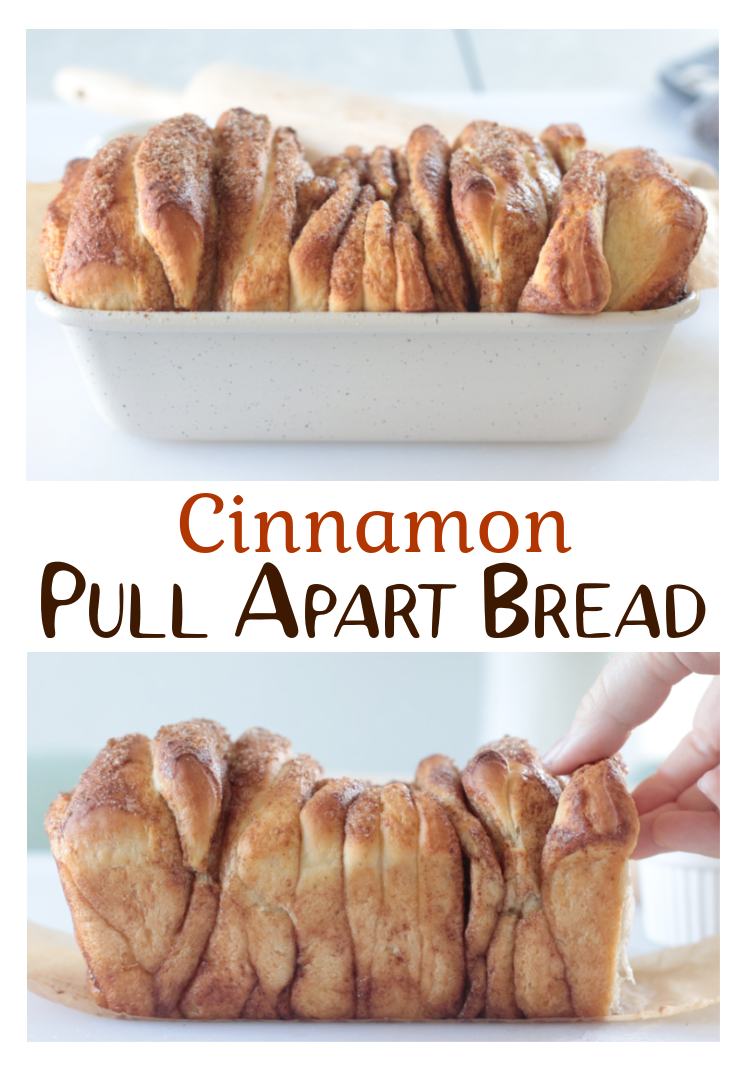 My love for Amish white bread runs deep and I love using the dough as a base to make a variety of delicious loaves of bread. Our pull apart cinnamon bread is a variation of our apple cinnamon pull apart bread. It is filled with a combination of brown sugar, white sugar, and butter. I like using brown sugar for cinnamon rolls and this loaf because I think it gives the bread a richer flavor. 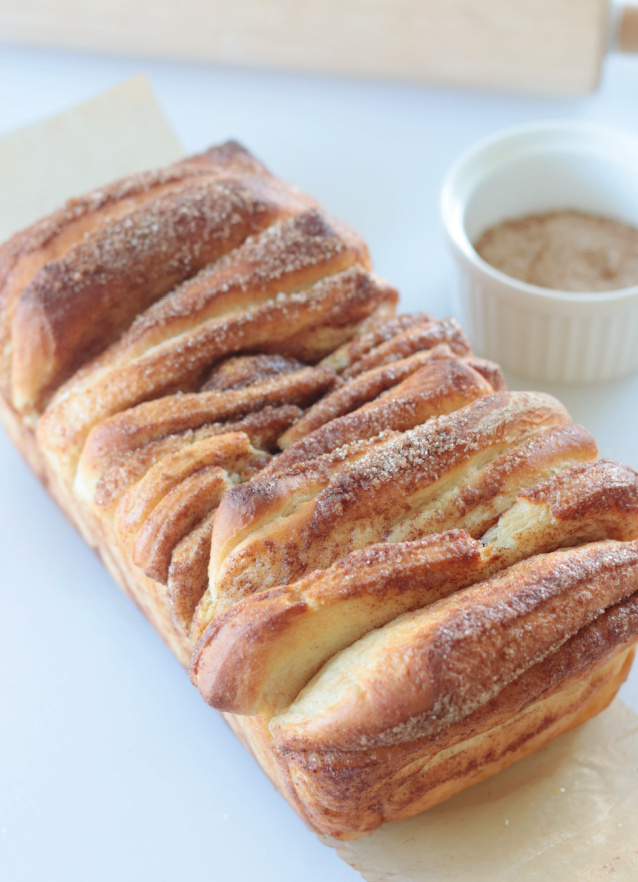 The slices are carefully packed into a bread pan and baked until golden brown. Serving it is easy, simply pull off a slice! 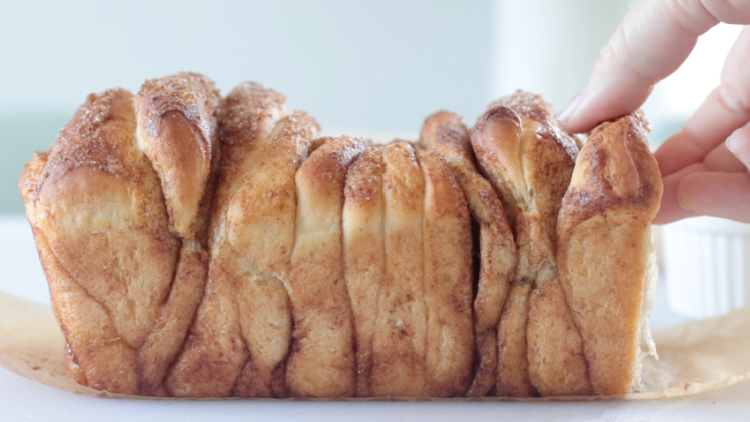 There are 18 slices per loaf. Serve warm or at room temperature, either way it’s divine! 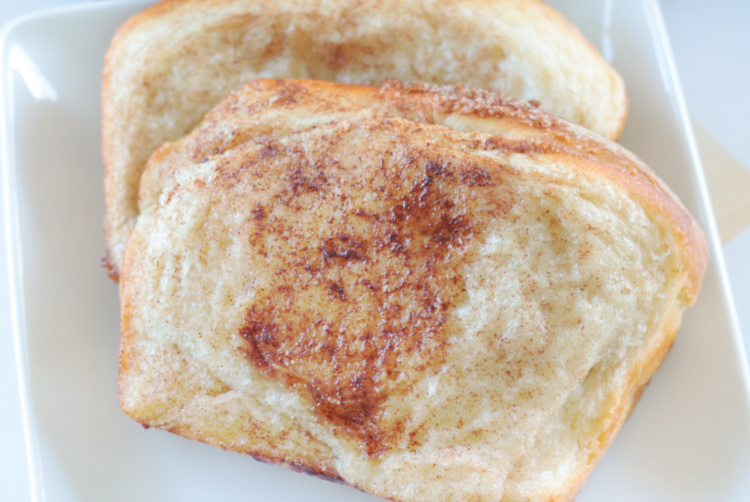 I love this bread dough because it’s super basic.

Preheat the oven for a couple of minutes, or until warm. Turn the oven off. You’re just heating it enough to be a warm place for the bread to rise.

Mix water and yeast and sugar. Allow to sit 5 minutes or until yeast looks foamy.  Add remaining dough ingredients and mix in a stand mixer or with a Danish dough whisk until evenly distributed and soft dough forms.  Knead dough on a floured surface for a few minutes.

Add 1 Tbsp. oil to the bowl, place the dough into the bowl and turn the dough to coat on both sides. Cover with a damp cloth or plastic wrap and let rise in the warmed oven. Let rise for until doubled, about an hour.

While the bread dough is rising, prepare the bread pan. Cut a strip of parchment paper long enough to cover the bottom and ends of the pan, and stick up a few inches on each end.

Once your dough has doubled in size, dump it onto your workspace. 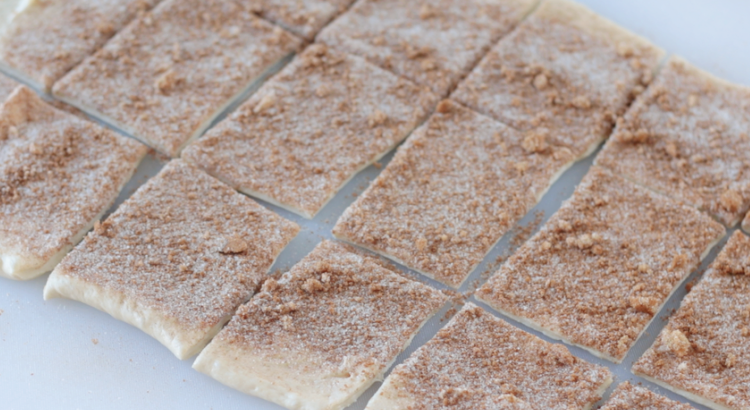 Roll dough into a 12″x18″ rectangle and spread with softened butter.

Mix brown sugar, white sugar, and cinnamon together and sprinkle over dough. 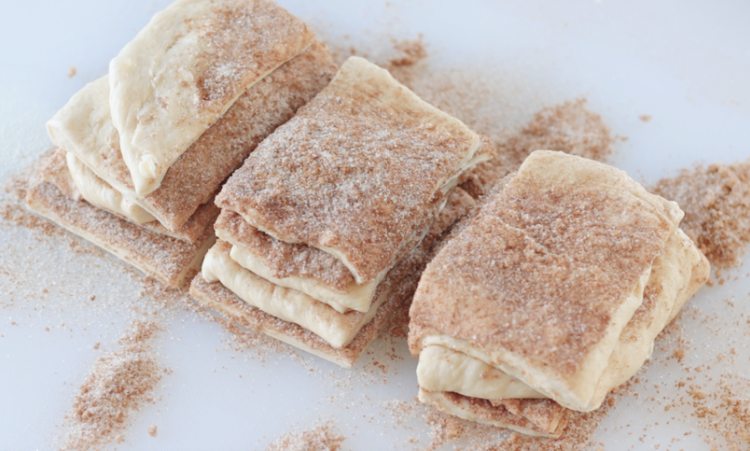 Arrange the stacks into the prepared loaf pan. Brush up any cinnamon/sugar mixture that may have fallen off of the dough as you placed it into the pan and sprinkle it over the bread. 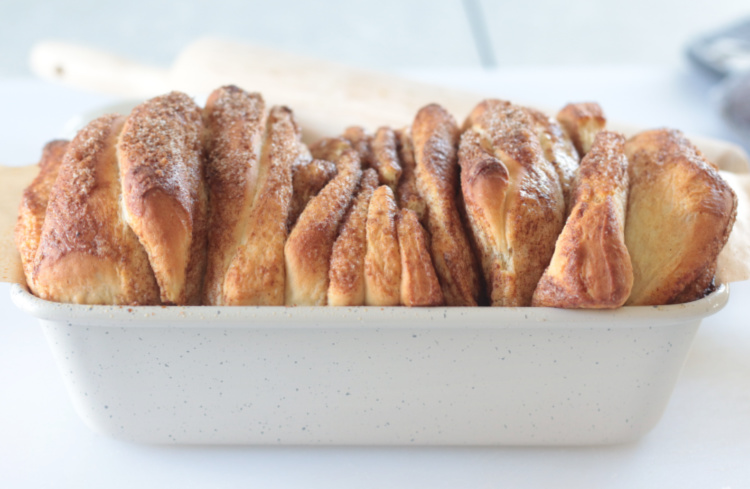 Bake bread for 30-35 minutes. The top should be dark golden. Allow bread to cool in pan for 20 minutes.

Gently run a butter knife around the sides that are not covered with parchment paper.

Lift parchment paper to remove bread from the pan.

Allow bread to cool on a wire rack. 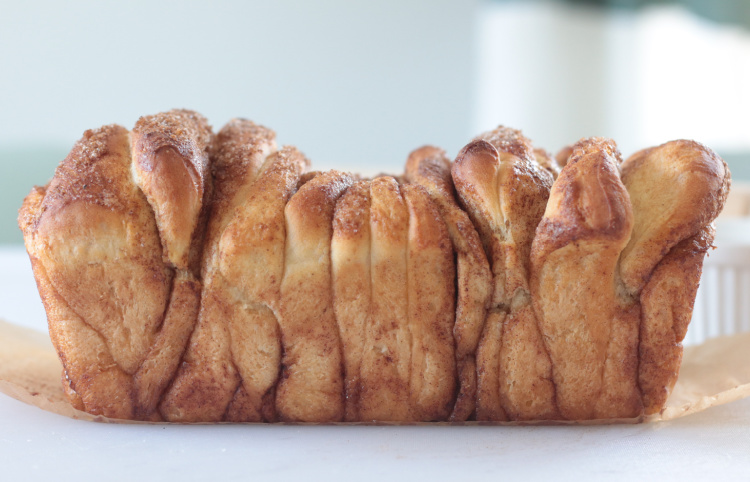 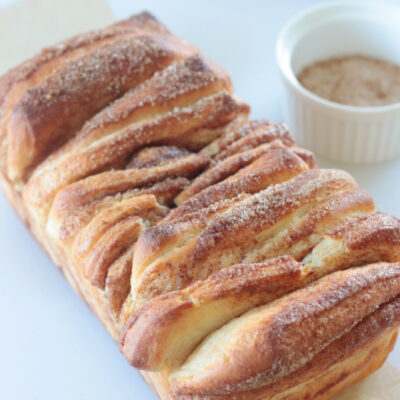 This cinnamon pull-apart bread is buttery, sweet, and so delicious! Our recipe makes 1 loaf, but go ahead and double it to share with a friend.
5 from 1 vote
Print Pin Rate
Prep Time: 2 hours
Cook Time: 30 minutes
Total Time: 2 hours 30 minutes
Servings: 9
Calories: 280kcal

Store bread in a bread bag or wrapped in plastic.