Our French toast with caramel syrup is a weekend delicacy. Thich Texas cut toast is dipped in a cinnamon and vanilla egg batter then cooked over a hot griddle until golden, and drizzled in homemade caramel syrup. Perfection!

This caramel syrup would be amazing drizzled over our crispy waffles or puffy German pancakes. 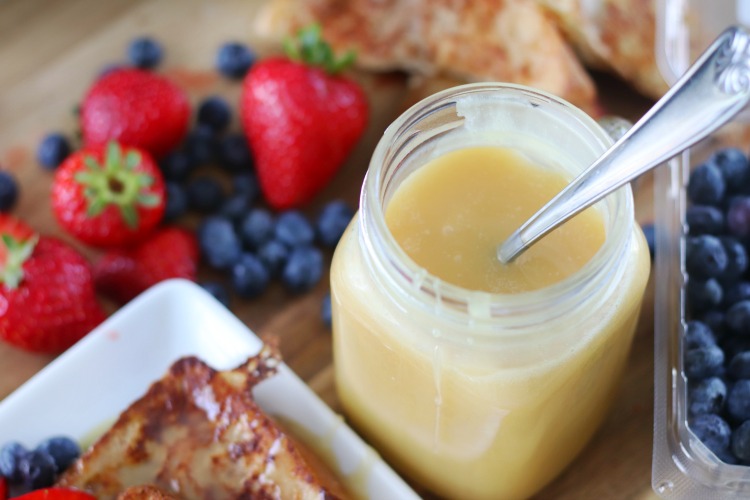 I love French toast, and think that our recipe is pretty delicious. I flavor the egg and milk batter with vanilla and cinnamon, and always use French bread or thick sliced Texas toast. Sprinkled in powdered sugar and served with fresh fruit—perfection. Or is it? 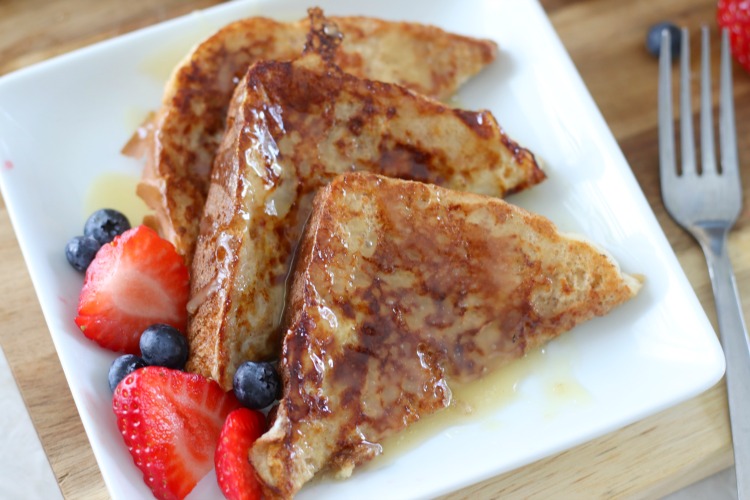 I wasn’t sure anything could make it better until I tried drizzling homemade caramel syrup over those golden slices of French toast.

This syrup recipe is from GoToRecipes on Instagram, and is so easy to customize. I flavored mine with vanilla for a caramel flavored syrup, but you can use coconut or almond extract for more variations. 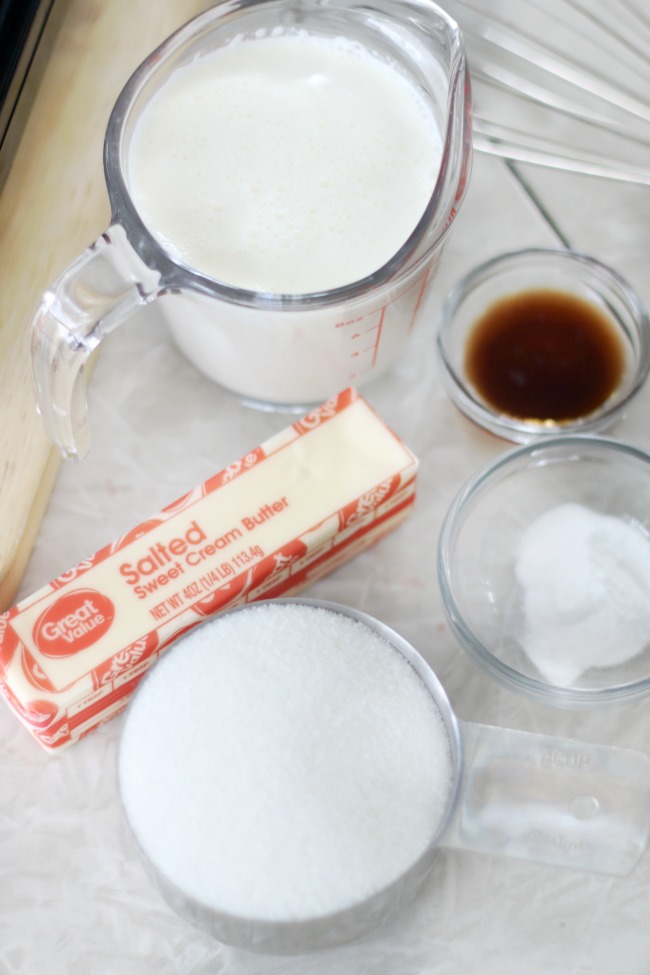 There is nothing healthy about this syrup, but it is SO GOOD.

Combine the first 3 ingredients in a large pot and simmer for 5 minutes once it comes to a boil. Then stir in the vanilla and baking soda.

Note: the mixture rises as it bubbles, so use a bigger pan than you think you’d need. 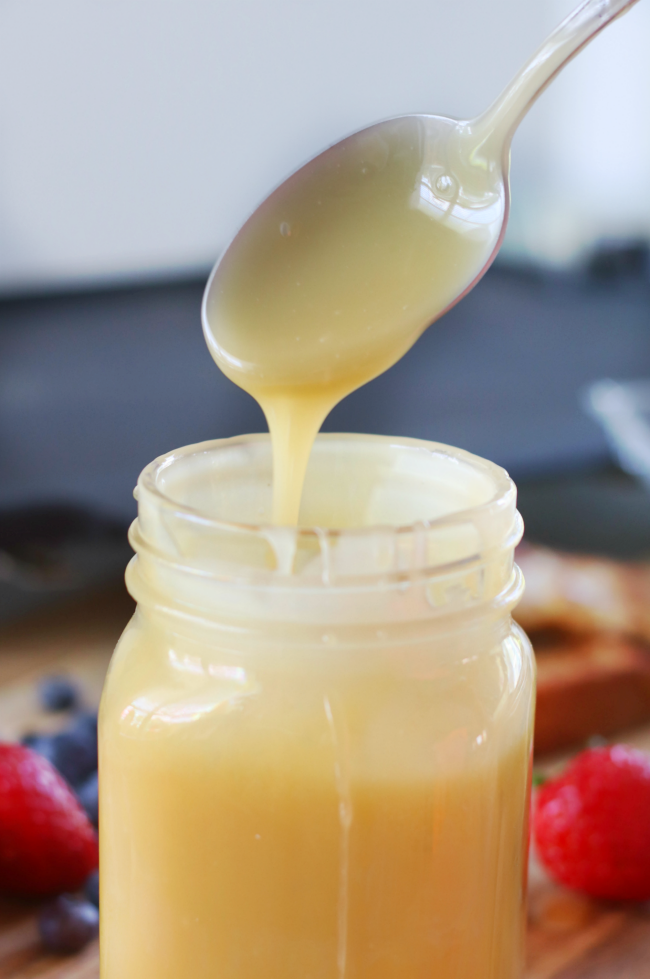 This syrup is best served warm. You can easily microwave it for a few seconds to reheat and bring it back to a syrup consistency.

Simmer it for 7 minutes instead of 5. It’s that easy! Store syrup in a jar in the refrigerator.

I’ve also seen this recipe made with buttermilk which also looks delicious.

How To Make The BEST French Toast 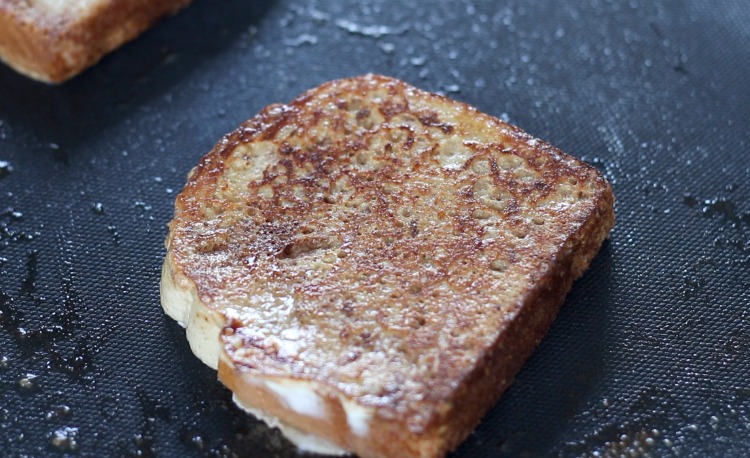 The Best Bread for French Toast

Like I mentioned before, I always use French bread or Texas toast for making French toast. I love the thicker sliced bread. French bread is delicious too!

A tip I’ve learned over the years is to add a bit of flour to the batter. The flour brings it all together, making the mixture more of a batter and coats the bread evenly. It really makes it fluffy and delicious!

Combine eggs, milk, vanilla, flour and cinnamon then dip the bread on both sides. Butter a hot griddle and cook until golden brown on both sides.

Drizzle with caramel syrup and serve with fresh fruit. 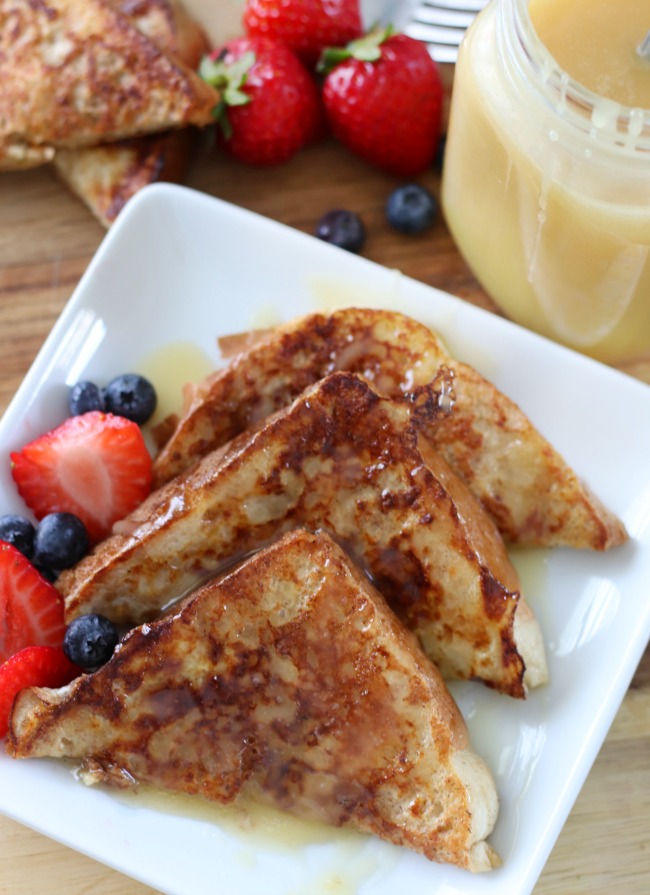 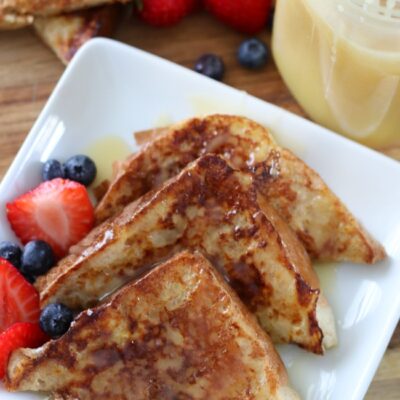 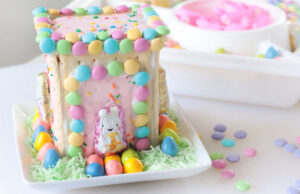